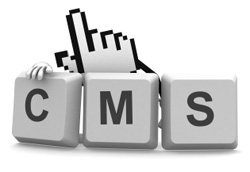 Nowadays, the amount of information shared over the Internet increases exponentially. This includes the information available that many organizations make known. A never-ending cycle, it implies that  a source exposing more information makes the source more influential, resulting in even more information being exposed by other sources. In order for this information to be managed, several systems have been implemented to facilitate the creation and, most importantly, its organization. Therefore, any modern web site of dynamically managed content should implement a Content Management System (CMS).

The most popular CMS are:

Let’s take a look at them and see what each one has to offer. 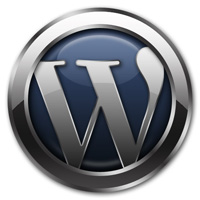 WordPress is so popular mainly because it became the best platform for blogging. People started to use it for its ease and its light backend. Some years later, people started to want more from the WordPress system and started creating more and more plug-ins to better serve their needs. Now it has more than 3,800 plug-ins and countless themes; making it a great solution for even an amateur blogger.

I have used WordPress without a doubt on many blogs and simple sites I’ve created, like company profile sites. (This blog is created with WordPress, too!)

Joomla is one of the oldest content management systems. It became popular due to the fact that it’s very easy to use and produces results quickly. It’s actually something between WordPress and Drupal. It currently has more than 4,200 plug-ins and many templates to choose from.

Personally I‘ve used it to setup a fast portal-like site. It’s not my number one choice though, because if I want something simple, I’d rather use WordPress, while if I have a complicated task, requiring feature updates, I’ll go with Drupal. 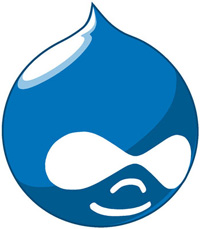 Drupal is extendable, with many generic and application-specific modules and good scalability. It also has a great support community, in terms of expertise and population. Not much coding is required to get a functional result, while many developers have joined the Drupal community so as to further better its CMS. Of course, press and consultants have not left Drupal go unnoticed either: it won the Packt Publishing’s “Open Source CMS Award (Overall)” in 2007 and the CNET’s “Webware 100” award in 2008.

Personally, I’d suggest Drupal CMS for every large scale project and I’m sure it would prove the best solution for companies. Beware though; it’s the hardest of the three to develop and support and I would not suggest it to anyone new to the world of CMS.

There are of course many other options out there and there’s also always the solution of creating something from scratch. I’m not a huge fan of reinventing the wheel, but when a project or service requires it, I gotta roll with it. If, on the other hand, I can create a website with the features I want by using one of these three, I opt for them.

What CMS are you in favor of, and which have you used in the past? Please share your experience in the comments. I am always looking for alternatives and/or software that can help me things faster and more efficiently!