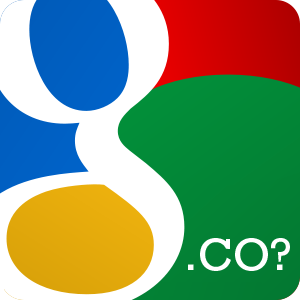 When .co domains got released one year ago I thought it would be a great idea for a domain for two reasons. The catchy domains that you wouldn’t be able to get otherwise and the misspell traffic (trying to write .com) that you would be able to get (yes I am evil like that)! After the smoke disappeared though, I didn’t see the domain extension catching up with the hype. Not many people used them to create authority sites and people just sticked up with .coms.

You see, getting a domain with a new extension and making it your primary address is a risky thing. Take for example the .info sale-out ($0.99 domain names) that it was spammed like crazy, or the recent ban of co.cc domains from Google’s index. People were and still are skeptical to make a move on the .co train but google’s about to change that!

With an announcement some hours ago Google bought the G.co to use as it’s new shortener, going to replace goo.gl. A great move if you ask me because the domain is much sorter and at the same time going all social with the newly created Google+ service, the auto-shortening features of the g.co would be a perfect fit, making the new website popular from day one.

All we have to see now, is the service itself, where google is going to use it and last but not least, if the .co domain names will become popular again.