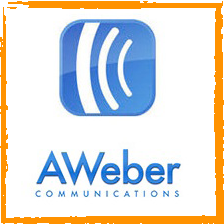 When it comes to building a list, success doesn’t mean just a fixed amount of subscribers; you want the subscribers you have to open your emails and use your recommendations to better their business. If you have been gathering emails with Aweber for some time, you should have already went up in pricing tiers by now. That would be amazing if all the subscribers were responsive and active, but almost 100% that’s not the case.

There’s a great percentage of users who have never confirmed subscription, have never opened one of your emails for quite some time, or even unsubscribed from the list. All these people count towards your totals and might be a huge percentage of your list, just taking up space and increasing your costs.

We’re going to remove all the people who:

First, log in to your Aweber panel and go to the Subscribers section.

Remove people from your list that don’t open your mails. 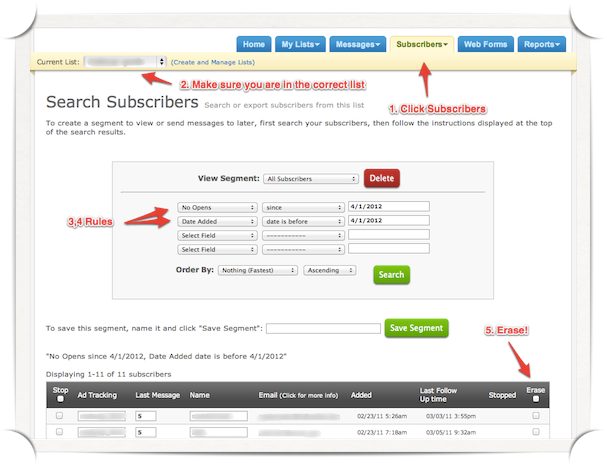 Make sure that you are on the correct list and start adding the rules.

We want to see who hasn’t opened the mails we sent over the last month. Try to at least enter a month before the current date and make sure that you enter at least a month that you have sent 4-5 mails or more. We do this because if for the last month all you have done is send one email, many people won’t have opened it. You don’t want to erase someone just because they didn’t open one email!

The second option is to select the date added field because you need to select people that have joined at least a month before, because if they are a new subscriber, their stats are not always correct because they still haven’t received your followups after subscribing.

HINT: Instead of selecting them and deleting them, create a segment and try to find out why they don’t open your emails. One amazing way to do that is by creating a survey.

You can create a free survey using Google Docs, or using WordPress and Gravity Forms. (Click the links for a guide on both ways.) Ask them what they like the most about your list and what they don’t, gaining a great perspective on how you can improve! This will not only increase your open-rates but at the same time make active some users that haven’t opened your emails for quite some time.

Last but not least, make them an offer they can’t refuse. ;) A free guide, a great discount on your services, you name it! This might draw their interest back to your services.

If the two methods above don’t work out, delete the people still on the segment.

This is a no-brainer. If someone unsubscribes from your list, there’s no point on keeping them on the system.

Again, this is a no-brainer but with a catch.

You have to set a date filter too because some people might not have confirmed because they log in once per week to check their emails. I always set it a month before the current date just to be sure.

So that’s it: three simple things you can do, not only to drop the cost of maintaining a list but at the same time, re-engage with your less active subscribers.

Ps. This is the beginning of a series about List Building and will all be included at the free list building guide that we are about to release. If you want to be one of the first to read it, make sure to enter your information on the widget on the right.